This is a fascinating fictionalized story of a real woman, Belle da Costa Greene, who in 1906 became the personal librarian to J. P. Morgan as he built the Pierpoint Morgan Library in New York city. Her expanding role in acquiring rare books, manuscripts and artwork is astonishing. But her prowess came at a deep personal cost; as a light-skinned African American woman, she had to masquerade as a white woman for her entire life. An insightful look at identity and legacy in America.

A graphic memoir of the Takei’s family incarceration into internment camps with other Japanese Americans from 1942-45. The stark black and white illustrations are particularly effective in showing the injustice of racism applied to innocent families. Indeed, the political rationale for these incarcerations is appalling. This racial injustice also happened in Canada, an important reminder of how mass hysteria can lead to overt racism. Thanks Rhoddy, for this gift.

This charming book is about complex family relationships – the good, bad and ugly. Astrid has three children and three grandchildren, and lives in the Hudson Valley in New York state. Astrid is somewhat closed and flinty: “She believed pets were useful only in teaching young children about death. She knew this was an unpopular opinion”. This multi-generational story is about delayed adolescence with some persistent poor decision making, but also about love and resilience. Finally, there are some inspired comic situations – highly recommended.

This is a very different book from Whitehead’s Pulitzer Prize-winning novels The Underground Railroad and The Nickel Boys. The setting is Harlem in the early 1960s, so a time of change in the racial dynamics of New York City. The principal character, Ray Carney, sells furniture but also occasionally sells or disposes of stolen items. On page 31, it is stated that “Carney was only slightly bent when it came to being crooked”. However, his ne’er-do-well cousin Freddie involves him in some serious criminal activity, so the story is enriched by gangsters, crooked cops and corrupt bankers. Ultimately this is a heist and crime story within the cultural context of Harlem. Overall, brilliant writing, as always. Thanks Amy, for giving me this fantastic book.

This is a remarkable book of street photography coupled with brief but insightful narratives from interviews with the subjects. The photos are outstanding but the narratives, the comments, are sometimes astonishingly candid. Comments range from the unbridled optimism of children to introspective insights from adults regarding loneliness and isolation that may include mental illness. This is a riveting book for NY-philes. Thanks Sarah, for giving me this book. 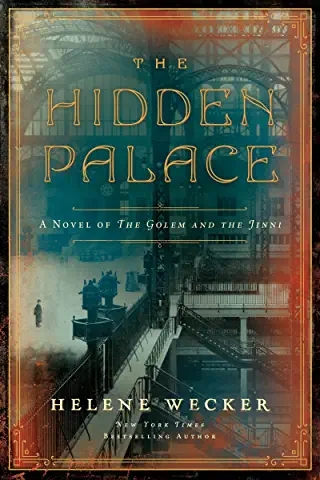 A sequel to Ms. Wecker’s fabulous The Golem and the Jinni. Part of the charm of the story is the place, New York City from 1910-15, with tenements and factory fires and a Hebrew orphanage. Characters form the first book (Ahmad, Chava, Sophie) are supplemented by a tempestuous female jinni, Dima, in Syria, and Kreindel, an orphan with her own golem. Relationships are volatile; this is a historical epic story.

Nate, Maddie and their 15-year-old son Oliver move to rural Pennsylvania, and strange sinister things begin to happen. What follows is a Stephen King-like gothic thriller, with dark magic, alternate realities, a demon attempting to orchestrate the end of times (aka, the apocalypse). In short, a cracking good story.

Mickey is a patrol officer with the Philadelphia Police Department. Her routine patrol activities include searching for her sister Kacey, an addict and sex worker who is missing.  And there is a serial killer preying on young women. Overall a gritty relationship story: there are no completely good guys. Mickey in particular is deeply flawed and makes bad decisions. The plot is seductively delicious with a lot of misdirection. Thanks Amy, for this recommendation. 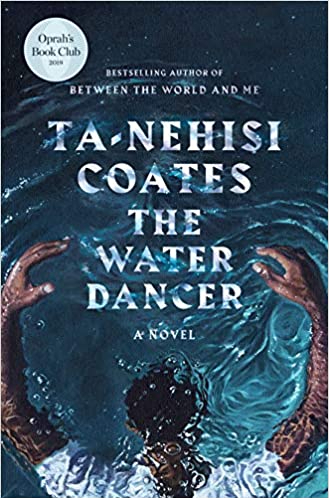 A novel examination of slavery in Virginia. Hiram Walker has a mysterious power, so he is recruited for the underground. Overall, a powerful story of families separated by duplicitous acts such as the sale of individuals into slavery, with the resulting conflict between the slavers and enslaved. Harriet Tubman is introduced as someone who shares Hiram’s power. This is Coates’ first novel, and predictably his writing is superb.