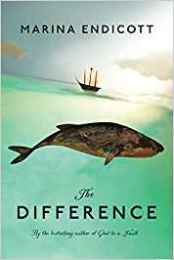 Although I generally do not read much historical fiction (Washington Black is an obvious exception to this statement), Ms. Endicott is just an excellent storyteller. The book has two parts. The first is an around-the-world journey by a sailing ship in 1911-12. Two disparate sisters are on this long sea journey, 12 year-old Kay and her much older sister Thea who is married to the ship’s captain. Kay is temperamental and impetuous but is a keen observer; she is also tormented by memories of her early childhood in Alberta where her stern father ran a Residential School. After two miscarriages at sea, Thea “acquires” young Micronesian boy they name Aren, an exchange for four tins of tobacco. The second part of the book takes place 10 years later at the sister’s home in Nova Scotia. Predictably Aren does not fit in so Kay ranges for a second sea trip back to the island of his origin. The writing is enchanting; a description of a mid-Pacific eclipse is breathtaking. This is a powerful story about differences, especially those that cannot be overcome.

This is a brilliant book about complex relationships of love and friendship. At the core is Hugh, a 50-something man whose life is unravelling for physical and psychological reasons. The story is set in Peterborough and art (painting, installations art, and especially theatre) features prominently. The writing is very fine throughout.