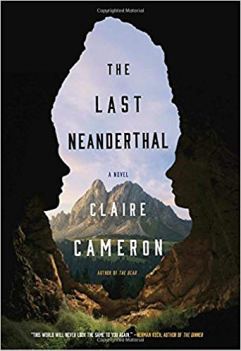 This fascinating book has two story lines. The first, obvious from the title, is a Neanderthal woman known as Girl whose extended family is being decimated by disease and animal predation. The second is Rose, the modern day archeologist who is excavating a grave site in Europe containing two bodies, a Neanderthal woman and a Homo Sapiens. Neanderthal life is imagined as harsh with brutal struggles for survival, few verbal skills but sensitive senses for smells and heat. There are some striking parallels in the two stories that may be too contrived for some readers, but were satisfying to me. In the end, this is book about what it means to be human.

This site uses Akismet to reduce spam. Learn how your comment data is processed.