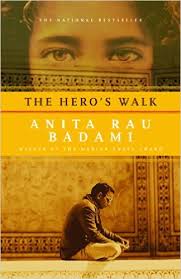 A sweeping story of a multi-generational Indian family near Madras: a mean-spirited mother of two, a spinster daughter aged 42 and the older brother Sripathi who is the major figure in this story. Sripathi is married with a stay-at-home son and an estranged daughter living in Vancouver. Sripathi is angry is angry with life: his job; corruption in India; but his major disappointment is his family relationships, in particular his daughter who defied him by rejecting an arranged marriage. All live in a single big house that is decaying literally. A very important element in this book is dealing with change, their declining standard of living. When their estranged daughter is killed in a traffic accident, the 7-year-old grand-daughter (who they have never met) comes to live with them, a fourth generation, forcing them to cope (poorly) with even more change. This is a very fine book about India.

Note: this book is also from the CBC list mentioned above. And later was in the 2016 CBC Canada Reads list)

This site uses Akismet to reduce spam. Learn how your comment data is processed.